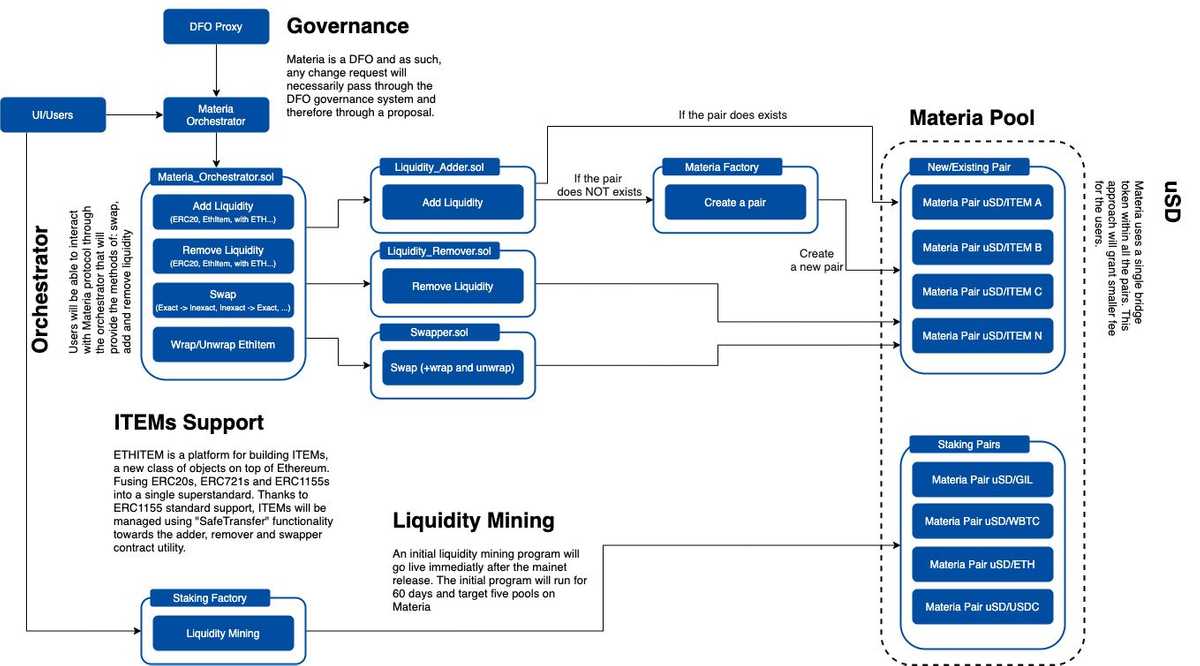 The Materia ecosystem is primarily comprised of four types of users: liquidity providers, traders, GIL holders, and developers. Liquidity providers are incentivized to contribute ERC-20 ITEM interoperable tokens to common liquidity pools. Traders can swap these tokens for one another for a variable 0.30% fee (which goes to liquidity providers). Developers can integrate directly with Materia smart contracts to power new and exciting interactions with tokens, trading interfaces, retail experiences, and more. The GIL holders can create and vote new proposals, that is, adjusting and chaniging the protocol.

In total, interactions between these classes create a positive feedback loop, fueling digital economies by defining a common language through which tokens can be pooled, traded and used.

Liquidity providers, or LPs, are not an homogenous group:

There are a several categories of traders in the protocol ecosystem:

In all cases, trades are subject to the same flat fee for trading on the protocol. Each is important for increasing the accuracy of prices and incentivizing liquidity.

There are far too many ways Materia can be used in the wider Ethereum ecosystem to count, but some examples include:

GIL holders can create new proposals to add new functionalities or to modify the protocol, for example they can: